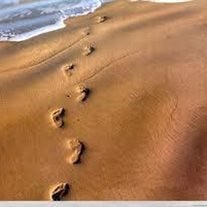 Batavia - Yvette M. Block, 52, of Batavia, passed away Monday, (April 15, 2013) at Crossroads House, in Batavia. Ms. Block was born November 14, 1960 in Rochester, a daughter of the late Richard F. and Patricia A. (Gustamacchio) Block. Yvette was a member of Grace Baptist Church in Batavia, and loved life. She was very athletic and enjoyed jogging, riding her bike, and walking by the ocean. She was fond of anything historical in nature, and she deeply loved her cat, Skittle. Yvette is survived by her step mother, Carol Block of Rochester; siblings, Michael Williams of CA, Richard (Wendy) Block of Alden, Michael Lonville of Holley, Toni Yott of Batavia, Lonnette (Tony Dulicia) Lonville of Rochester, Danielle (Rick) Otto of AK, Jeanine Houghtelien of MN; as well as several nieces and nephews. She is preceded in death by a sister, Corrine Block, who passed away in 2007. Friends may call on Friday from 4 to 6 p.m. at the Bohm-Calarco-Smith Funeral Home, 308 East Main Street, Batavia, where Yvette's Memorial Service will immediately following calling at 6. Pastor Donald A. Shirk will officiate. In lieu of flowers, memorials may be made to Crossroads House, P.O. Box 403, Batavia, NY 14021. Burial will be in St. Joseph's Cemetery, Batavia.

The family of Yvette Block created this Life Tributes page to make it easy to share your memories.

Send flowers to the Block family.