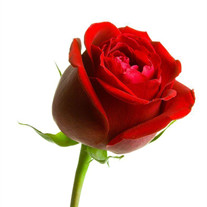 Batavia - Mrs. Virginia Louise Bray, 88, was received by her Savior, Jesus Christ, on Saturday, October 26, 2013. Mrs. Bray was born June 24, 1925 in Burlington, Vermont, the daughter of the late Walter and Mamie Johnson Opdyke. A member of the Calvary Baptist Church for many years, she formerly was employed at UMMC and the Batavia Nursing Home. She was the wife of the late James W. Bray, mother of the late Paul Bray, mother-in-law of the late Antoinette Bray and great grandmother of the late Christopher Malo. Survivors include one son, James (Ann Marie Wood) Bray of Batavia; two daughters, Elizabeth (Larry) Burlew and Verna Bray, both of Rochester; one brother, Robert Opdyke of Virginia; 8 grandchildren, 14 great grandchildren, several nieces and nephews and many dear and precious friends. Friends may call on Monday from 3pm to 7pm at the H. E. Turner & Co. Funeral Home, 403 E. Main St., Batavia. Services will be at 11:00 am Tuesday at the Calvary Baptist Church, 3515 Galloway Rd, Batavia. Burial will be in St. Joseph's Cemetery. In lieu of flowers, memorials may be made to Crossroads House. PO Box 403, Batavia, NY 14021 or Genesee Cancer Assistance, 16 Bank St. Batavia, NY 14020.

The family of Virginia Bray created this Life Tributes page to make it easy to share your memories.

Send flowers to the Bray family.