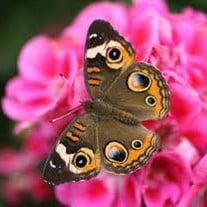 Brockport - Velma C. Jessop, 98, of Brockport, a school teacher at Eden Central School in Eden, NY for 25 years prior to her retirement, died Thursday, February 28, 2013 at Lakeside Memorial Hospital, in Brockport. Mrs. Jessop was born April 1, 1914 in Racquette River, NY, a daughter of the late Charles and Mildred (Taylor) Chase. She was a member of the First Presbyterian Church of Bergen for over 25 years, member of the Bergen Triangle Club and Bergen Historical Society. She was a graduate of the Buffalo State Teacher's College and volunteered for many years at the Bergen Public Library. Her husband, John A. Jessop, died March 23, 1989. Survivors include her son, John (Jan) Jessop of Rushford, 4 grandsons, Timothy (Cindy) Jessop and Todd (Lori) Jessop, both of Churchville, Sean (Shannon) Jessop of Brockport and Scott (Rebecca) Jessop of Fayette; 9 great-grandchildren, a niece, Sandra Paradis of Florida and a nephew, David Paradis of Albany. She was the mother of the late Clark Jessop and sister of a late brother and 3 late sisters. Friends may attend services at 2 p.m. Sunday, March 10, 2013 at First Presbyterian Church of Bergen, 38 S. Lake St., Bergen. In lieu of flowers, memorials may be made to a charity of the donor's choice. Arrangements were completed by H.E. Turner & Co, Funeral Home of Bergen.

The family of Velma Jessop created this Life Tributes page to make it easy to share your memories.

Send flowers to the Jessop family.