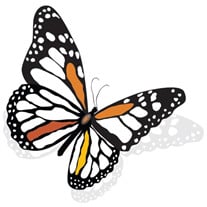 On December 12th, 2020, Theodis Charles Hill III, beloved son and friend, entered heavenly paradise at the age of 29. Theodis, known by his friends and family as “Theo” or “Odis”, was born on February 16, 1991 to Theodis Hill Jr., and Jean Crimes. Theo was what most would refer to as a gentle giant. With hands the size of catcher’s mitts and an appearance that would intimidate you at first glance, but with a soul that was kind, deep, and tender. You felt safe and at peace when you were with Theo. Theo didn’t have an easy life. It was marked by loss, pain, and hardship. He experienced situations that others would crumble at the thought of; but Theo didn’t crumble. He stood up. For himself, for friends, for family, and for those he didn’t even know. He carried so many on his broad shoulders, despite the adversity he experienced. His strength is unmatched. He was a star athlete; a highly accomplished football and lacrosse player at Batavia High School, and always playing various pick-up sports with his friends. His talent was raw and unbelievable. Despite his competitive nature, his kindheartedness shined through — friends will recall fearing his tackle, but being taken down as gently as possible; oftentimes with a chuckle and grin. Theo was a lover of movies, video games, sports, anime, and pizza and wings. His family and friends were the highlight of his life — from his girlfriend, Desiree Clark, and siblings, to his cousins and friends (who were truly family). He was admired and respected by all that knew him. Theo was a guardian on earth and will be a guardian in the skies. He will be remembered for his infectious smile and laugh. His generosity, his kindness, and his spirit. Theo made a lifetimes worth of differences in his short time. This loss runs deep in all that had the honor of knowing Theo. He will be truly missed. May he rest in heavenly peace. Theo was preceded in death by his beloved mother, Jean, and grandmother, Annie. He is survived by his girlfriend, Desiree, step-mother, Amanda, father, Theodis Hill Jr., his siblings; Joshua Martin, Demetrius Richardson, Kurtis, Isaiah, Donovan, Joel, Neriah, and Joshua, and several cousins, aunts, uncles, nephews, and grandparents. Due to current administrative orders, there will be no funeral service at this time. Donations may be made at https://gofund.me/72d46571.

The family of Mr. Theodis Charles Hill, III created this Life Tributes page to make it easy to share your memories.

Send flowers to the Hill family.