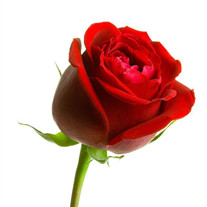 Bergen - Mrs. Ruth S. Chapell, 96, of Bergen, longtime school teacher in the Byron-Bergen School District, died Saturday, December 29, 2012 at the Highlands Living Center in Pittsford. Mrs. Chapell was born September 13, 1916 in Bergen, a daughter of the late John and Dana Warboys Sands. A lifetime member of the Bergen Presbyterian Church, as well as faithful and active, she was a member of the Presbyterian Women and was also a member of the North Bergen Presbyterian Church. She was a member of the Bergen Triangle Club, the Bergen Historical Society and the Byron-Bergen retired teachers association. She volunteered many hours in the community and received numerous awards and honors for her dedication to volunteerism. She will be remembered by her family as a loving mother, grandmother and great-grandmother. She is predeceased by her husbands, James Chapell and Russell Drews. She is survived by her daughters, Dianne Hagen of North Chili, Roxanne C. (James) Myers of Victor and Sue Anne (David) Gillett of Perry; 7 grandchildren, 10 great-grandchildren and numerous nieces and nephews. She is predeceased by her siblings, William Sands, Doris Sands Cook and Julia Sands Burns. At her request, there will be no prior visiting hours. Graveside services will be held in the spring time at Byron Cemetery. Please consider memorials to VNA Foundation, 2180 Empire Boulevard, Webster, New York 14580, First Presbyterian Church of Bergen, P.O. Box 206, Bergen, New York 14416 or to North Bergen Presbyterian Church, 7068 North Bergen Road, Bergen, New York 14416.

The family of Ruth Chapell created this Life Tributes page to make it easy to share your memories.

Send flowers to the Chapell family.