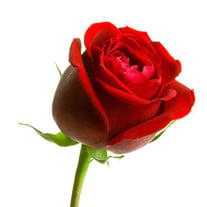 Oakfield - Roy G. Lane, 64, of Oakfield, a former plant manager at Great Lakes Kraut Co., in Waterport, NY, died Sunday, May 12, 2013 at United Memorial Medical Center, in Batavia. Mr. Lane was born November 11, 1948 in Bath, a son of the late Clair and Virginia (Meacham) Lane. He played Santa Clause for many years and loved hunting, fishing and spending time with his family. His wife, Corrine L.(Cook) Lane died July 27, 2005. Survivors include a daughter, Tracine L. (James) Lundmark of Oakfield; a son, Daniel C. Lane of Oakfield, a granddaughter, Samantha Lane of Oakfield; a sister, Patricia A. (Michael) Janes of Attica, a brother, Stephen J. (Donna) Lane of Attica; several nieces and nephews He was the brother of the late Ronald C. Lane and Gerald F. Lane.. Friends may call on Tuesday from 4 to 7 p.m. at Burdett & Sanford Funeral Home, 11 Maple Avenue, Oakfield, where services will be at 11 a.m. Wednesday. In lieu of flowers, memorials may be made to the family. . Burial will be in Cary Cemetery, Oakfield.

The family of Roy Lane created this Life Tributes page to make it easy to share your memories.

Send flowers to the Lane family.