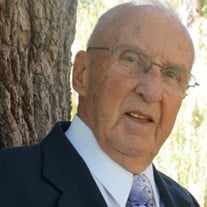 Roger V. Rogers, passed away peacefully Tuesday, February 9th with his loving wife Angeline, of 63 years, and his family by his side. Roger was born December 16th in Jamestown, New York to Merrill and Margaret Rogers. He grew up in LeRoy, NY, along with his brother Edward “Knock Out” and his sister June. He graduated from LeRoy High School in 1957 where he played football, basketball and excelled in baseball where he and his friend “Satch” were a “winning combination” (Pitcher and Catcher). It was during these years at LHS that Roger and Angie “courted” and started their life together. They were married, September 6th, 1958 and were later blessed with their beautiful daughter Ann Marie. Roger was always a hardworking man who “drove truck” for LeRoy Machine Co. for over 40 years. On his routes he met many people from many places and developed the ability to easily talk with anyone. As a devout Catholic, Roger was a practicing member of Resurrection Parish. You would always find him at 4:30pm Mass on Saturdays, ushering people to their seats and taking up the collection. Roger was always supporting his loving wife and because of this he was an honorary member of the St. Joseph’s Sodality and helped them with all of their events whether it was washing dishes or prepping for the Thanksgiving Pie Sale. Although he may be remembered as the sweetest, most patient, listener you ever knew, Roger was a colorful character who lit up any room he walked into. He was always ready with a joke, a smile and a piece of candy or a cookie in his pocket that he was willing to share. He was also a jack of all trades and could fix anything you could think of with a little bit of duct tape. He loved to stay active with many hobbies; reading suspense thrillers, bowling leagues, watching the NY Giants or Syracuse Basketball, day trips with “the guys”, playing cards with friends, going to shows and parties, working bingo at Notre Dame, but his biggest love was for the game of golf. Roger’s second home was LeRoy Country Club where he was a loyal member starting at a very young age. He was the Secretary and Treasurer of the Donald Woodward Memorial Golf League for many years. He loved everything about the game and took any opportunity to play or watch, either in person or on television. Roger was unconditionally loved by his granddaughters, Andrea and Allison, and the feeling was completely mutual. He rarely missed a sporting event, dance recital or special moment the girls participated in. He was the apple of their eye and always offered love, support and guidance in anything they pursued. This continued on with his great- grandchildren, Addisyn and Everett who will always have fun, fond memories of their “Poppy”, with summer days spent by the pool and special toys at Christmas that danced and played silly music. Roger is survived by his wife Angeline (Vinci) Rogers, daughter Ann Marie (Richard “Sootie”) Suttell, granddaughters Andrea (Bob) Schaefer and Allison Suttell, sister June (Ronald) Kanaley and many nieces and nephews. He is pre-deceased by his parents, Merrill and Margaret Rogers and brother Edward “Knock Out” (Mary Alice) Rogers. Private services will be held at the convenience of the family. In lieu of flowers, please make any donations to the Michael Napoleone Memorial Foundation, an organization Roger volunteered for and held very dear to his heart (P.O. Box 267, Batavia, New York 14021).

Roger V. Rogers, passed away peacefully Tuesday, February 9th with his loving wife Angeline, of 63 years, and his family by his side. Roger was born December 16th in Jamestown, New York to Merrill and Margaret Rogers. He grew up in LeRoy,... View Obituary & Service Information

The family of Mr. Roger V. Rogers created this Life Tributes page to make it easy to share your memories.

Send flowers to the Rogers family.