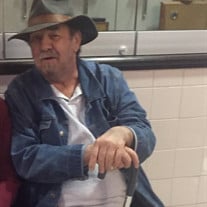 Obituary of Michael E. Penders Pavilion - Michael E. Penders, 66, of Pavilion, passed away on Friday, June 26, 2020, at his home.   Mike was born July 17, 1953, in Batavia, a son of the late James and Leona (Frisco) Penders.   Michael enjoyed spending time with his grandchildren, spending time at his camp in Rossie, NY, fishing, as well as riding, fixing and racing cars and snowmobiles.  In his younger years, Mike was very dedicated to the Batavia Downs and caring for the horses.  Mike was a lifetime member of Limerock Speedway and Loyal Order of the Moose - Lodge 1132 in LeRoy.  A long time truck driver, he retired from Ryder Integrated Logistics.   Survivors include his wife of 47 years, Rosa Penders of Pavilion; a son, Everett (Erin) Penders of Dover Plains; a daughter, Jennifer (Devin) Northrup of Pavilion; grandchildren,  Evelyn Rose Northrup and Mason James Michael Northrup; a brother, James (Carolyn) Penders of Pavilion; sisters, Donna (Geoffrey) Legg of North Carolina, Denise (Robert) Meyers of Dansville and Patricia Moncrief of Phoenix, AZ and several nieces and nephews.   Michael is predeceased by his siblings, Carole (Ferris) Hazlett, Joyce (James) Bratt, Janet (Everett) Shepard and Robert Penders.   Mike's family would like to thank Dr. Matthew Gross and the Fresenius Kidney Care Dialysis Center in Batavia for their exceptional and compassionate care that they provided.   A Celebration of Life will be held at a later date.   In lieu of flowers, memorial contributions in Michael's memory may be made to the family.

The family of Michael E. Penders created this Life Tributes page to make it easy to share your memories.

Send flowers to the Penders family.