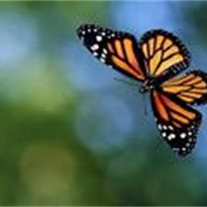 Batavia - Mrs. Lori L. Mullen, 46, of Batavia, passed away suddenly on Monday, November 11, 2013 at her home. Mrs. Mullen was born April 6, 1967 in Batavia. Lori enjoyed camping with her family, Native American artifacts, drawing wolves, eagles, portraits and loved roses. She is predeceased by her mother, Cheryl Smith Green, who passed away on January 29, 2012. She is survived by her children, Tiffany (Sheldon) Robertson of Gowanda, Kevin Johnson of Batavia, David Johnson of Texas, Matthew Johnson of Batavia, Brittany Mullen and Anthony Lewis, both of Gowanda; her step-father, Kevin Greene of Batavia; her longtime companion, Robert Brooks of Batavia; two brothers, James Lewis of Batavia and Doug (April) Lewis of Conway, South Carolina; a sister, Cheri Stoddard of Conway, South Carolina; her best friend, Loretta Baer of Batavia; eleven grandchildren, two step-grandchildren and several nieces and nephews. Friends may call on Saturday from 1 to 3 p.m. at the Bohm-Calarco-Smith Funeral Home, 308 East Main Street, Batavia where services will follow at 3 p.m. Memorials may be made to the family. Burial will be in Elmwood Cemetery.

The family of Lori Mullen created this Life Tributes page to make it easy to share your memories.

Send flowers to the Mullen family.