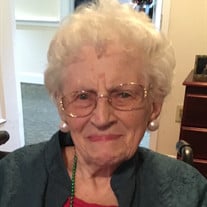 Obituary of Lila R. Hamilton     Lila R. Hamilton, 91, of Stephens City, Virginia, formerly a resident of Batavia, New York, passed away peacefully on Thursday, July 30, 2020, at Greenfield Reflections of Strasburg, Virginia, with her family and friends at Greenfield nearby.  She is preceded in death by her beloved husband Mahlon M. Hamilton who passed away on January 3, 2017, and her sister Velma Dean Parry in 2003. Lila was born on September 10, 1928 in Batavia, New York, the daughter of Edward and Florence Chaddock Dean. She graduated from Batavia High School and SUNY at Potsdam, where she majored in music education and was a member of the Alpha Kappa Phi Sorority. Lila married Mahlon Hamilton of Avon, New York on August 30, 1952. The early years of her teaching career were at Oakfield Alabama Central School and in Rye, New York.  She continued teaching music and directing the choruses at various schools and grade levels in the Batavia City Schools. She retired from teaching in 1984. Lila joined the First Presbyterian Church in Batavia in 1942. She was a longtime participant in the music programs of the church, ultimately directing the children’s and youth choirs and singing in the adult Sanctuary Choir. She was an Elder for a number of years, and chaired the committee which welcomed a Vietnamese refugee family to the United States in the late 1970s.  She was instrumental in their adjustment and ultimate success as they began a new life in America. The family has kept in touch with her throughout the years, including as recently as this past Christmas, 2019.     Lila was active in the New York State School Music Association, and served as its Public Relations Chairperson for a number of years. She enjoyed volunteering in the Genesee Memorial Hospital League, playing bridge, golfing, traveling with her husband “Ham,” and was a member of Stafford Country Club. During their retirement years, she and Ham were part-time residents of The Villages, Florida, where they enjoyed many good friends and a healthy, active lifestyle. Lila’s greatest pride and joy were always her three daughters and their families. Lila is survived by her brother, Ivan W. Kuhl, in Austin, Texas; her daughters: Wendy Wygant and her husband Mike, of Stephens City, VA; Sally Dohse and her husband Jeff, of Centreville, VA; Amy Hamilton and Jeff Sanfratello, of Batavia, NY; seven grandchildren: Josh Wygant, of WI; Tim and Brad Wygant and Jeff, Cameron and Emily Dohse, all of VA; and Andrew Cowan of NY; five great-grandchildren in VA; and several nieces and nephews. Details for services to be announced at a later date. Memorial contributions may be made in Lila’s memory to Greenfield Reflections of Strasburg, 304 Bowman Mill Rd. Strasburg, VA 22657.

The family of Lila R. Hamilton created this Life Tributes page to make it easy to share your memories.

Send flowers to the Hamilton family.