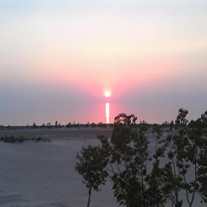 Leon W. Hagen Batavia - Leon W. Hagen, 79, of Batavia, an employee at the former Calibrated Charts Corp., in Batavia, for 25 years prior to his retirement in 1997, died Saturday, September 22, 2012 at Millard Fillmore Suburban Hospital.while under Hospice of Buffalo's care. Mr. Hagen was born October 30, 1932 in Batavia, a son of the late Joseph and Helen (Hoertz) Hagen. He was a member of the First United Methodist Church for 53 years, graduated in 1951 from the Oakfield Alabama High School and was a member of the former Batavia Loyal Order of Moose. He was an avid car racing enthusiast, enjoying NASCAR and attending races at local tracks along the east coast. An avid Yankees and Buffalo Bills fan, he was an accomplished woodworker and craftsman and an avid bowler in leagues in Batavia and Bergen. He is survived by his wife, Joyce M. (Kryman) Hagen whom he married May 2, 1959; and several nieces, nephews, great-niece, great-nephews, great-great nieces and great-great nephews. He was the brother of the late Duane (Midge) Hagen. Friends may attend services at 11:30 a.m. Friday, at First United Methodist Church, 8221 Lewiston Road, Batavia. In lieu of flowers, memorials may be made to the church. Private burial will be in Grand View Cemetery in Batavia. Arrangements were completed by H.E. Turner & Co. Funeral Home, 403 East Main Street, Batavia.

The family of Leon Hagen created this Life Tributes page to make it easy to share your memories.

Send flowers to the Hagen family.