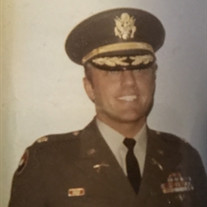 Lawrence D. Waala, 86, of Lancaster, passed peacefully among family on May 25, 2021. Larry was born on September 20, 1934 in Wautoma, Wisconsin, son of the late Sherman Waala and the late Hazel (Lovdahl) Waala. He is predeceased by his son, Larry Scott Waala, his brother George Waala, his sister Marie (Waala) George, his brother Sherman H. Waala, and twin brother Loren Waala, who recently passed away in December 2020. Larry was a decorated U.S. Army Veteran, retiring as a Major after over 21 active years in the service. He enlisted in the Army at age 17 and later went on to become an officer after being selected to and graduating from Officer’s Candidate School in Fort Benning, GA. He traveled the world, and then some; in the 1960s, he served in Thailand and Vietnam as a military advisor. He later served two tours of active duty including ground and airborne combat in the Vietnam War, earning a Purple Heart, when he took shrapnel from mortar fire. Larry also received numerous combat medals for his heroism and many military achievements. He was stationed at times in Oahu, Hawaii, Fort Myer in Virginia, and Fort Knox in Kentucky, among other posts. After retiring from the Army, he owned and operated numerous businesses in Tennessee and New York, including the Boar’s Head Inn bar/restaurant, a restaurant manufacturing and supply business, and an auto sales business in Oakfield. Larry was a talented artist, musician, carpenter, bricklayer, and salesman. He could draw, paint, sculpt, and build just about anything, in fact, the Boar’s Head Inn boasted a large, bronze boar’s head above the doorway that he sculpted himself! He also spent many years farming and renovating his 100-year-old farmhouse in Tennessee. Larry taught himself to play guitar and piano by ear, and coached and managed his kids’ sports teams for a number of years. Larry was an avid Buffalo Bills season ticket holder and enjoyed tailgating and attending games with family. In his later years, he enjoyed RV living with his loyal dog, Phoebe, and the freedom to visit his children across the country, as well as traveling to Mexico, Spain, and Costa Rica. He was always the life of the party, always the charmer, and always the jokester. Even in his final years, he greeted you with a smile and usually had some jokes to boot. Larry is survived by his son, Michael (Yvette) Waala of San Antonio, TX, his daughter, Sandi (Steve) Coker of Carrollton, TX, his son Joseph Waala of Philadelphia, PA, his son, James Waala of Lancaster, and his daughter, Catherine (Philip) Toal of Brunswick, OH, his granddaughter, Mindy Waala of San Antonio, TX, his grandson Michael (Mindy) Waala of San Antonio, TX, his grandson, Robert Lewis of Carrollton, TX, his granddaughter Sadie Waala of Buffalo, his granddaughter, Maggie Waala of Bethlehem, PA, his grandson Alex Waala, his granddaughter Juliette Toal, and his granddaughter Victoria Waala, as well as his great-grandsons, Kaelen Waala and Gavin Waala, and great-granddaughter, Aurora Bell Waala. Friends may call on Sunday June 20 from 2 to 4 with a funeral service to follow at Burdett & Sanford Funeral Home, 11 Maple Ave., Oakfield. In lieu of flowers, donations to the Wounded Warrior Project, P.O. Box 758516, Topeka, Kansas 66675 are being accepted. Burial service will take place at Western New York National Cemetery in Pembroke on Tuesday, June 22nd at 11 am.

Lawrence D. Waala, 86, of Lancaster, passed peacefully among family on May 25, 2021. Larry was born on September 20, 1934 in Wautoma, Wisconsin, son of the late Sherman Waala and the late Hazel (Lovdahl) Waala. He is predeceased by his son,... View Obituary & Service Information

The family of Mr. Lawrence Donald Waala created this Life Tributes page to make it easy to share your memories.

Send flowers to the Waala family.