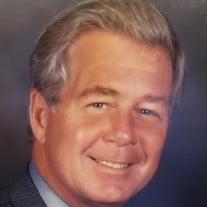 John M. Quincey, 80, of Batavia, passed away peacefully on Tuesday, October 27, 2020 at his home in Batavia under the care of his loving family. John was born Saturday, August 31, 1940 in Rochester, NY a son of the late James E. and Lucille (Favreau) Quincey. He graduated high school from Churchville-Chili Central in Churchville, NY in 1958. He later graduated from Rochester Institute of Technology with a BA in Business by attending night school. From a humble beginning, John worked hard and became an internationally-recognized self-made entrepreneur. In 1998, John took over as owner of Oliver's Candies in Batavia. Prior to acquiring the ownership of Olivers, John owned DocuCenter in Batavia and BOK Plastics in LeRoy. John was on the board for Chapin Manufacturing and Liberty Pumps. He was instrumental in starting the Business Education Alliance, where he was their first board chair. John was heavily involved with the UMMC Capital Campaign and was the Campaign Chair for Health of Our People and Our Community raising over four million dollars within two years. The campaign helped with the hospital expansion along with extensive renovations of the Emergency Department. He was respected by his peers and made many lifelong friends throughout his career. John loved to play golf and tennis, travel and spend time with his family. He also enjoyed his Saturday morning men's coffee club and will be remembered for living life to the fullest, especially with a glass of red wine. Surviving are his wife, Sheila Quincey of Batavia; daughters, Lana (Gary) Cotsonas of Homosassa, Florida, Kimberly Quincey of Dade City, Florida and Ashley (Jason) Mlyniec of Rochester; step-sons, Christopher (Valerie) Liles of Byron and Jeremy (Sandy) Liles of Batavia; a sister, Patricia Hurd of Florida; grandchildren, Kevin Liles, Samantha Staub, Harley Dorman, Talon Gauthier, Jesse Young, Trinity Liles, Tahlia Liles, Nathaniel Mlyniec, Alana Mlyniec and Kyle Mlyniec; great-grandchildren, Madison Liles, Haydin Gauthier, Jayce Gauthier, Camdin Gauthier and Ayla Davila and nieces and nephews. He was preceded in death by his brothers, James Quincey and Richard Quincey. Calling hours are on Friday, (November 6th) from 4:00 pm to 7:00 pm at H.E. Turner & Co. Funeral Home, 403 East Main Street, Batavia. John's Funeral Service will be held privately but there will be a Celebration of Life at a later date. In lieu of flowers, memorials may be made to Rochester Presbyterian Home, where John’s wife Sheila currently resides. Their address is 256 Thurston Road, Rochester, NY 14619 or online at https://rph.org/donate/ or to the American Diabetes Association, P.O. Box 7023, Merrifield, VA 22116-7023 or online at https://diabetes.org/.

John M. Quincey, 80, of Batavia, passed away peacefully on Tuesday, October 27, 2020 at his home in Batavia under the care of his loving family. John was born Saturday, August 31, 1940 in Rochester, NY a son of the late James E. and Lucille... View Obituary & Service Information

The family of John M. Quincey created this Life Tributes page to make it easy to share your memories.

John M. Quincey, 80, of Batavia, passed away peacefully on Tuesday,...

Send flowers to the Quincey family.