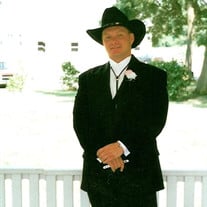 Batavia - John H. "Jay" Batchelor, Jr., 49, of Batavia, a construction and former painter at J&S Painting in Batavia, died Friday, April 5, 2013 at his home, in Batavia. Mr. Batchelor was born August 25, 1963 in Batavia, the son of John H. Batchelor, Sr. of Stafford and the late Carol Ann (Dewey) Batchelor. He enjoyed NASCAR and loved his children, grandchildren and niece. Along with his father, he is survived by his wife, Kimberly M. (Swabb) Batchelor whom he married June 7, 2003; 3 children, Deanna Smith of Batavia, Dylan Saxon and Alyssa Saxon, both of Rochester; 4 step children, Daniel Armison, Jr., Kristyn Armison, Jason Armison and Tara Sweet, all of Batavia; 5 grandchildren, Adisyn Thomas, Marshall Thomas, Felecity Smith, Payton Armison and Haylee Armison, all of Batavia, 2 sisters, Denise Hargrave of Avoca and Michelle (Tom) Smith of Batavia; many nieces and nephews. Friends may call on Monday from 4 to 6 p.m. at the United Methodist Church, 8221 Lewiston Road, Batavia where services will follow at 6 p.m. Memorials may be made to The Harvester, 92 Harvester Avenue, Batavia, NY or to the family. Arrangements were completed by H.E. Turner & Co. Funeral Home of Batavia.

The family of John Batchelor created this Life Tributes page to make it easy to share your memories.

Send flowers to the Batchelor family.