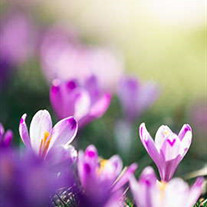 Obituary of Jean R. Branton-Platten STAFFORD - Jean R. Branton-Platten, 95, of Stafford, passed away Sunday, (July 19, 2020), at LeRoy Village Green Nursing Facility. Mrs. Branton-Platten was born January 4, 1925, in Batavia, a daughter of the late John and Edith (Conrad) (Mensing) Robertson. Jean graduated from Batavia High School.  She worked for Dr. Lee L. Mulcahy, Sr. as a dental assistant prior to her marriage.  After she married Raymond, she assisted him in his dairy farm operation in Stafford working along with him in the fields until the couple had children but continued with general co-management of the operation.  In 1973 she became the co-owner of Platten's Custom Service which offered farm crop services.  She will be remembered for her pride in her homestead.  She was meticulous in the upkeep of her yard and barns and was extremely proud when recognized in 2001 by The Landmark Society of Genesee County for the loving care she provided to her property.  Jean was also a long time member of the Morganville United Church of Christ and could often be found caring for its facilities.  She was also a lifetime member of the New York State Grange. She is survived by her children, Rick (Gretchen) Branton of Stafford, Donn (Yvonne) Branton of Stafford, Laurie (Norman) Itjen of Elba, and Terri (Tom) Starowitz of Stafford; a daughter-in-law, Lyndy Branton of Byron.  12 grandchildren, 14 great-grandchildren, and nieces and nephews also survive. Jean is preceded in death by her husband, Raymond J. Branton; son, Robin Branton; grandson, Jeffrey VanSlyke; brother, Eddy (late Edith) Robertson; and a sister-in-law, Sibyl (late Richard) Zorn. There will be no visitation.  A private memorial service will be held at H.E. Turner & Co., Inc. Funeral Home at the convenience of the family. Burial will be in Morganville Cemetery. In lieu of flowers, contributions in Jean's memory may be made to Morganville Cemetery Association or LaGrange Cemetery Association, c/o Laurie Itjen, PO Box 412, Elba, NY 14058. Arrangements were entrusted to the H.E. Turner & Co. Funeral Home in Batavia.

The family of Jean R. Branton-Platten created this Life Tributes page to make it easy to share your memories.

Send flowers to the Branton-Platten family.