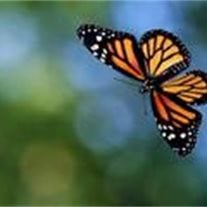 Bergen - Mrs. Jacqueline M. Ridley, 74, of Bergen, longtime cook for the Genesee Country Village and Museum, passed away on Monday, December 23, 2013 at her home under the care of HomeCare & Hospice. Mrs. Ridley was born June 1, 1939 in Rochester, the daughter of the late Harold and Mildred Jordan Harris. A founding member and volunteer for the LeRoy Ambulance, she also volunteered her time at the Bergen Fire Department cooking for many of their receptions. A member of the Quota Club and LeRoy Presbyterian Church, she enjoyed gardening and canning but her true passion was cooking. She is survived by her husband, Robert D. Ridley whom she married June 14, 1958; her daughter, Karen (Daniel) Redinger of Byron; four grandchildren, Ashley and Zachary Redinger, both of Byron, Matthew Ridley of York and Nicole Ridley of Potsdam; her daughter-in-law, Mary Ridley of York; a special niece, Evonne Spencer of Lakeside, California; two sisters-in-law, Judith Ridley of Pavilion and Sylvia Traxler of LeRoy; a brother-in-law, Francis Ridley of Rochester and several nieces and nephews. She is the mother of the late Robert W. Ridley who passed away in 2010 and grandmother of the late Christopher Ridley Friends may call on Thursday from 2 to 4 and 6 to 8 p.m. at the H.E. Turner & Co. Funeral Home, 51 South Lake Street, Bergen, where her funeral services will be held at 10 a.m. Friday at the funeral home. Memorials may be made to HomeCare & Hospice, 450 North Main Street, Warsaw, New York 14569. Burial will be in Mumford Rural Cemetery, Mumford.

Bergen - Mrs. Jacqueline M. Ridley, 74, of Bergen, longtime cook for the Genesee Country Village and Museum, passed away on Monday, December 23, 2013 at her home under the care of HomeCare &amp; Hospice. Mrs. Ridley was born June 1, 1939... View Obituary & Service Information

The family of Jacqueline Ridley created this Life Tributes page to make it easy to share your memories.

Send flowers to the Ridley family.