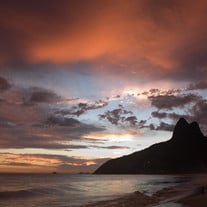 Batavia - Mr. Ira M. Baker, 90, of Batavia, who retired as a chief line mechanic at Niagara Mohawk Power Company in Batavia after 35 years of service, passed away suddenly on Sunday, June 16, 2013 at United Memorial Medical Center. Mr. Baker was born June 15, 1923 in Batavia, the son of the late Elmer C. and Lillian Dimm Baker. A lifelong resident of Batavia, Mr. Baker was a Batavia High School graduate where he played football. A World War II Marine Corp veteran who served in the Pacific Theater, his true passion in life was aviation. A licensed pilot, he owned planes with his longtime friend and business partner, Mike Muscarella. Survivors include his son, Todd (Jennifer Campbell) Baker of Elma; his daughter, Mary Rebecca Baker of Batavia; the children's mother, Margaret Gilhooly of Alexander; his grandson, Alexander Baker of Elma; two sisters, Dorothy Brown of Rolling Hills Estates, California and Norma Beaullieu of Camarillo, California; his dear friend and business partner, Mike Muscarella of Albion and several nieces and nephews. He is the brother of the late Burton Baker and Betty Cirillo. There are no prior visiting hours. Memorial services will be held on Friday at 11 a.m. at the Bohm-Calarco-Smith Funeral Home, 308 East Main Street, Batavia. Burial, with full military honors, will be in Grand View Cemetery, Batavia. Memorials may be made to a charity of the donor's choice.

The family of Ira Baker created this Life Tributes page to make it easy to share your memories.

Send flowers to the Baker family.