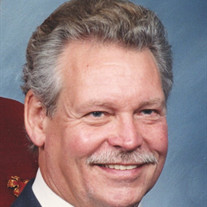 Obituary of Gordon L. English Gordon Leigh English, 78, entered the kingdom of Heaven on August 5, 2020 after a valiant battle with Parkinson's Disease.  Born in Bradford, PA, he was the son of Howard and Catharine Thomson English who predeceased him, as did his only sibling, Lorraine English Tanner. He is survived by his wife of nearly 55 years, Mary Brinkman English, and three children, Adam (Joanne Pera), Timothy (Wendy Witkowski) and Abigail (Anthony) Neeley.  He leaves behind five grandchildren, Emily, Aaron, and Avery English and Solana and Jade Neeley.  He is also survived by his brother-in-law, J. Robert Tanner and an aunt, Peggy Thomson, and several cousins and nieces and nephews.  Gordon graduated from Bradford Area High School.  He received a BS in music Education from Roberts Wesleyan College and an MS in General Education from Canisius College. Excelling in music from childhood, Gordon’s life revolved around an appreciation for both vocal and instrumental music.  He taught vocal music for grades K-12 at Elba Central School where he pushed an upright piano from classroom to classroom.  A few years later he took the position of vocal music teacher at Batavia High school where he was well known for his choruses and especially the many musical shows he directed.  When he later switched to the middle school, he formed many musical groups including a boys chorus known as The Englishmen. Gordon was the organist at the First Methodist church in Batavia for several years. When the family later joined the Batavia Presbyterian Church, he became a faithful member of the choir where he happily sang in the bass section for many, many years. He also was installed as an Elder; was a member of the finance committee and served as co-chairperson of the Sunday School. Mr. English was a gifted pianist who mastered the Gershwin’s Rhapsody in Blue for his final piano recital at RWC. He taught private piano lessons to many, many area children as well as several adults. In 2007, he received the Community Arts Man of the Year Award from the Genesee-Orleans Regional Arts Council. Gordon was a tireless worker for the NY State School Music Association for many, many years.  He served as membership chairman for most of that time.  Later he was appointed to the same position at the national level for the Music Educators National Conference.  Gordon was a widely sought NYSSMA Vocal Music adjudicator throughout Western NY for many, many years.  He continued in this role long after he retired. With his Parkinson's Disease progressing, Gordon and his wife decided to fulfill his lifelong dream of having a log cabin built in the Alleghany Mountains, not far from his childhood home.  After the logs were laid up, he spent many satisfying times helping to finish the interior.  Known for his green thumb, he spent many hours landscaping with trees as well as flowers.  He was happiest on his John Deere tractor and even when he became further debilitated; he continued to mow the acres of lawn.  Gordon and his wife loved entertaining their friends and relatives at the cabin, as well as groups from their church. Gordon will be greatly missed by his family, friends and colleagues.  We are sure he is already singing in choirs of angels, with his director’s baton in ready reach.  Friends may call on Sunday from 4 to 7 p.m. at the H.E. Turner & Co. Funeral Home, 403 East Main Street, Batavia. Graveside services will be held on Monday at 2 p.m. at McKean Memorial Park, Route 59, Lewis Run, Pennsylvania. A public memorial service will be held at a later date. In lieu of flowers, memorials may be made to the First Presbyterian Church, 300 East Main Street, Batavia, New York 14020 or to HomeCare & Hospice, 29 Liberty Street, Suite #6, Batavia, New York 14020.   Due to the ongoing COVID-19 Pandemic, the funeral home will be restricted to 33% occupancy. Face coverings and social distancing will be required.  We appreciate your understanding and cooperation.

Obituary of Gordon L. English Gordon Leigh English, 78, entered the kingdom of Heaven on August 5, 2020 after a valiant battle with Parkinson's Disease.  Born in Bradford, PA, he was the son of Howard and Catharine... View Obituary & Service Information

The family of Gordon L. English created this Life Tributes page to make it easy to share your memories.

Send flowers to the English family.