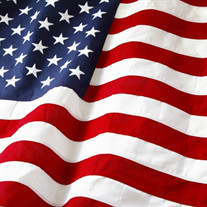 Batavia - Francis "Fred" R. Farrell, age 84, of Batavia, owner and proprietor of Flint-Farrell Insurance Agency, passed away on Sunday, December 20, 2020 at his home surrounded by his family. Mr. Farrell was born Saturday, February 1st, 1936 in Minersville, Pennsylvania a son of the late Joseph Farrell and Mildred Fischer Farrell. A 1961 graduate of Penn State University, he was a member of Resurrection Parish where he served as a Eucharistic minister and assisted on numerous funeral Masses for parishioners. He was a member of the American Legion Geneva Winnek Post No. 396 and volunteered his time at the Richmond Memorial Library and the Genesee County Tourism Booth. He proudly served his country from 1953-1957 with the United States Navy. He is survived by his wife, Patricia A. Holland Farrell. They were married on October 7, 1961. Fred is also survived by his children; Joseph (Kristine) Farrell of San Diego, California, Robert Farrell of Hamlin, Mary (Tom) DiFilippo of Albion, Michael Farrell of San Diego, California and Daniel (Leslie) Farrell of San Diego, California; ten grandchildren; Taylor Farrell, Jenna (Matthew) DiFilippo, Nicholas DiFilippo, Christopher and Levi Farrell, Morgaine Farrell, Ryann Farrell, Corey (Matthew) Scarborough and Sienna and Kai Rosa; four great-grandchildren and many nieces and nephews. He is predeceased by his son, Thomas F. Farrell and his siblings; James, Joseph, Mary, Lillian, Rose, Ursula and Ruth. There are no prior visiting hours. A Mass of Christian Burial will be held at a later date at St. Mary's Church, 18 Ellicott Street, Batavia. Burial, with military honors, will follow in Grand View Cemetery, Batavia. In lieu of flowers, memorials may be made to Resurrection Parish, 303 East Main Street, Batavia, New York 14020.

The family of Mr. Francis R. Farrell created this Life Tributes page to make it easy to share your memories.

Send flowers to the Farrell family.