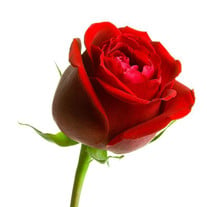 Batavia - Mrs. Ernestine M. Tucker, 93, of Batavia, died Thursday (March 21, 2013) at the Genesee County Nursing Home in Batavia. Mrs. Tucker was born October 1, 1919 in North Tonawanda, a daughter of the late Ernest and Charlotte (Darron) Bowen. Mrs. Tucker attended the First United Methodist Churches in Batavia and North Fort Meyers, Florida. She was an avid bowler and was the secretary of the women's homemakers league at Mancuso Lanes. She loved square dancing with her husband and was a waitress and cook at the former Dagwood Restaurant in Batavia. Survivors include a daughter, Sharon (Norman) Fairbanks of Byron; three grandchildren, Dawn (Spencer) Fairbanks-Beales of Batavia, Lisa (Troy) Shuknecht of Elba and Brian (fiancée Melissa Boldt) Fairbanks of LeRoy; four great-grandchildren, Krista, Kyley, Tim and Brandon; a great-great-granddaughter, Olivia and several nieces and nephews. She is predeceased by her husband, Warren G. Tucker and her son, Tom Tucker. Mrs. Tucker is the sister of the late Jacquelyn Hale, Jacquita Spiotta, Dorothy Benton, Audrey Worthington, Malcolm Bowen and Myron Bowen. Calling hours are Monday from 4:30 to 7:30 p.m. at the First United Methodist Church, 8221 Lewiston Road, Batavia. Services will be at 11:00 a.m. on Tuesday, also at the church. Burial will be in Grandview Cemetery, Batavia. Memorials may be made to the First United Methodist Church, 8221 Lewiston Road, Batavia, NY 14020.

The family of Ernestine Tucker created this Life Tributes page to make it easy to share your memories.

Send flowers to the Tucker family.