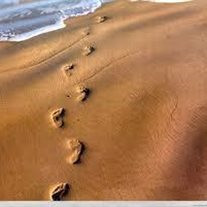 BATAVIA - Carol S. Johnson, 79, of Batavia, passed away Thursday, (May 16, 2013) at the United Memorial Hospital in Batavia, following a courageous fight with cancer. She was born November 14, 1933 in Medina, a daughter of the late George and Corinne Smith of Middleport. Carol worked at A.J.'s Automotive in Attica, between 1995 and 2010 as office manager, accountant and dispatcher. Prior work included working as a teller at Marine Midland Bank, where she met Gary L. Johnson, her husband of 48 yrs. They were married August 29, 1964. Carol then enjoyed being a wife, mom and homemaker. Carol was a 30 year member of St. James Episcopal Church in Batavia. She loved her church family and enjoyed volunteering in the kitchen for church functions. Known for her determined spirit and her quick wit and good sense of humor, Carol was fun to be around and loved spending time with family and friends. She was known as a great gardener, and a fine cook. She loved animals and was an avid Buffalo Bills and Sabres fan. Carol is survived by her son, Aaron David (Valerie) Johnson of Attica, NY and a grandson Aaron David Johnson Jr. of Attica; several special cousins, nieces, nephews, and dear friends. Along with her parents, Carol is preceded in death by her husband, Gary L. Johnson who died July 30, 2012; a sister Mary Lou Metcalf, and sister Shirley Sprague. There will be no prior visitation. A memorial service will be held at a later date. In lieu of flowers, memorials may be made the to family. Burial will be in Heartland Cemetery, Gasport. Arrangements were entrusted to the H.E. Turner & Co. Funeral Home, 403 East Main St., Batavia.

BATAVIA - Carol S. Johnson, 79, of Batavia, passed away Thursday, (May 16, 2013) at the United Memorial Hospital in Batavia, following a courageous fight with cancer. She was born November 14, 1933 in Medina, a daughter of the late George... View Obituary & Service Information

The family of Carol Johnson created this Life Tributes page to make it easy to share your memories.