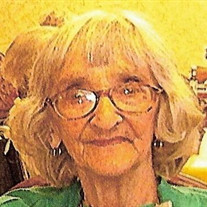 We sadly announce the passing of Ann M. Mandia on Sunday June 30, 2013. Anna (Ann) Maria Mandia, 85, of Batavia died at United Memorial Medical Center after a lengthy illness and now is at peace with our heavenly Father and her parents. She was born October 31, 1927 in Batavia, daughter of the late Dominic and Rose Sce Marone. She was a member of the Ascension Parish (St. Anthony's Roman Catholic Church). Ann was a lifelong resident of the City of Batavia and a 1946 graduate of Batavia High School. Immediately after graduation she was hired as an office clerk for the Massey Harris Company of Batavia. Ms. Mandia also worked at length for the Western Region Off Track Betting Corporation as an accounting clerk and eventually was promoted to supervisor of revenue and accounting. Ann eventually retired from the State of New York after many years of service as a New York State Senate and Assembly Aide where she assisted both Federal and State Elected Officials. Ms. Mandia was very involved in local politics rising through the ranks of the City of Batavia GOP and ultimately serving as Chairman. She was the first women ever named to the party post. She was highly respected and known as a successful campaign strategist and fundraiser and was instrumental in assisting many current and former elected officials obtain their respective positions in government. She was very active in the community volunteering for many organizations and attending many community events. Ann was formally recognized for her Service to Education by City of Batavia School District for her work in obtaining needed State Aid through the Small Cities Aid Bill. In addition, she served on the Board of Directors and eventually Chairman for the 400 Towers. Ann was predeceased by her sisters, Rose Marone, Mary Cina, and Virginia Sanfratello, and brothers Frank "Wiley" Marone, Louis Marone and Angelo (Sheiko) Marone. Survivors include two sons, Patrick Mandia of Depew, and Dewey Cook of Batavia; her granddaughter, Leanne Mandia of Batavia; great granddaughter Alaina Macklem of Batavia, two brothers, Joseph "Trigger" Marone of Batavia and Patrick Marone of Lake Worth, Florida; a sister, Gertrude (late Melvin) Woodring of Pittsford, a sister in-law Rose (late Angelo) Gaeta - Marone of Batavia and numerous nieces, nephews and cousins. Ann will be remembered as a loving devoted Mother, family member, and a generous caring friend to many. She had a heart of gold, often sacrificing so she could help others in need. She was loved and will be missed by many. Friends may call on Sunday from 3 to 5:30 p.m. at the Bohm-Calarco-Smith Funeral Home, 308 East Main Street, Batavia. Her Mass of Christian Burial will be celebrated at 10 a.m. Monday at Ascension Parish (Sacred Heart Church) 15 Sumner Street, Batavia. Interment will take place in St. Joseph's Cemetery, Batavia, NY at 11 a.m. Saturday July 13th .

We sadly announce the passing of Ann M. Mandia on Sunday June 30, 2013. Anna (Ann) Maria Mandia, 85, of Batavia died at United Memorial Medical Center after a lengthy illness and now is at peace with our heavenly Father and her parents. She... View Obituary & Service Information

The family of Anna Mandia created this Life Tributes page to make it easy to share your memories.

We sadly announce the passing of Ann M. Mandia on Sunday June...

Send flowers to the Mandia family.