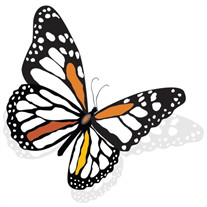 Bergen - Agnes M. Redinger, age 87, of Bergen passed away on Tuesday, November 23, 2021 at Strong Memorial Hospital in Rochester. Mrs. Redinger was born March 5th, 1934 in Geneseo, NY a daughter of the late William Townley and Alice Pierson Townley. She was a member of the Bergen Evangelical Presbyterian Church and retired from the Byron-Bergen School District where she drove school bus for many years. She served as an election official in Bergen for many years and was a member of the American Red Cross and the Bergen Historical Society. She volunteered her time at the information center in Batavia and enjoyed making cakes, knitting, crocheting and sewing. Agnes is the wife of Ernest W. Redinger who passed away on July 22, 2002 and mother of the late Charles W. Redinger who passed away on December 26, 2018. Surviving are her children, Russell (Kimberlee) Redinger of Batavia, Daniel (Karen) Redinger of Byron and Sandra (James) McKenzie of Byron; daughter-in-law, Carolyn Redinger of Bergen; nine grandchildren, Amanda (Jeremy) Holbrook of Bergen, Robert (Jessica Moon) Redinger of Bergen, Ashley (Fiancé Matt Perry) Redinger of Stafford, Zachary Redinger of Byron, Allison (Fiancé Paul Redden) of Gainesville, Rebecca (Luke) Warren of Atlanta, Georgia, Caitlyn McKenzie of Batavia, Faye (Colin) McAllister of Batavia and Laura (Robert) Schrenker of Hilton; six great-grandchildren. She is also survived by her sister, Vivian Botts of Rochester and several nieces and nephews. Family and friends are invited to call on Friday, December 3rd, 2021 from 4:00 pm to 7:00 pm at H.E. Turner & Co. Funeral Home, 51 South Lake Street, Bergen where her funeral service will be held at 11:00 am on Saturday, December 4th, 2021. She will be laid to rest in Byron Cemetery. In lieu of flowers, memorials may be made to Bergen Rescue Squad, P.O. Box 428, Bergen, New York 14416 or Mercy Flight Inc., Flying Tigers – Buffalo Airport, 100 Amherst Villa Road, Buffalo, New York 14225.

The family of Mrs. Agnes M. Redinger created this Life Tributes page to make it easy to share your memories.

Send flowers to the Redinger family.